Please CLICK HERE to read about what COVID-19 precautions we are taking. 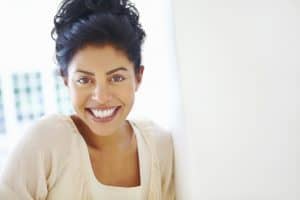 At Austin Eye, we regularly hear from our LASIK patients about how thrilled they are with their crisper, clearer vision following their laser vision correction procedure. So it is no surprise to us that a new study has found LASIK patients are more satisfied with their vision than individuals who wear contact lenses. In this blog post, our vision experts discuss the findings of this study in detail.

About the Study’s Findings

The study, conducted by Price Vision Group and published in the academic journal Ophthalmology, is the first to compare satisfaction rates of contact lens wearers and LASIK patients. A total of 1,800 individuals from 20 sites across the U.S. participated in the study. Of those participants, 39 percent remained in contacts, 45 percent wore contacts before having LASIK and 16 percent wore glasses before having LASIK. Participants were asked about their level of satisfaction with their vision and their experience with visual symptoms (e.g., dry eye, night vision) at the beginning of the study and at annual follow-up surveys for three years.

“The study found that patients who had eye surgery using modern LASIK technology had higher levels of satisfaction after one, two and three years than people who continued to wear corrective lenses,” said Francis W. Price, Jr., MD, lead investigator of the study and director of the Price Vision Group.

Ultimately, the study’s findings support what our team at Austin Eye have witnessed firsthand time and time again: LASIK is a life-changing procedure that offers many benefits. LASIK restores vision and freedom from glasses and contact lenses and, as a result, many of our patients report feeling happier and more confident after the procedure.

To learn more about LASIK, including whether you are a suitable candidate for the procedure, please contact Austin Eye Today. Schedule a consultation by calling our North office at (512) 250-2020 or our Central office at (512) 454-2020.